Listening to the historic bells you can remember John Donne's great words: "So do not ask for whom the bell tolls, it tolls for thee". 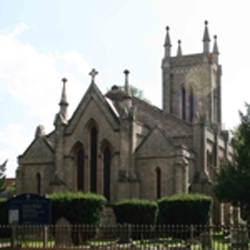 Of the Saxon church and its Norman replacement there is nothing to be seen apart from some of the foundations in what is now the old cemetery which in medieval times was the centre of the settlement of Wragby.

The present church, designed by William Adams Nicholson of Lincoln, was completed in 1838. It's main axis is orientated North- South rather than the traditional East - West orientation; probably because of the restrictions of the site. It was restored in 1897 and reroofed in 1908. The East window is stained glass by Wailes and depicts the arms of the Bishop of Lincoln and those of the Turnor, Foulis and Whichcote families. Another stained glass window represents ‘Faith, Hope and Charity'.

The tower possesses a peal of six bells originally hung in a timber bell frame but now hung in a metal frame that replaced the timber one in 1974. The ringing floor was lowered in 2004.

Two pencil drawings of the Norman Church, demolished around the time of the construction of the present church, are shown here. Note the characteristic Romanesque nave arcading. 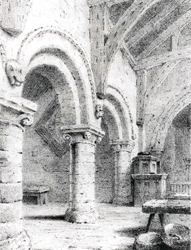 The former church was demolished because of its instability caused by subsidence. The drawing below shows the tower and  chancel falling away from the main body of the church. The quality of the drawing is too good for the leaning tower and chancel to be poor draftsmanship. The drawing suggests that the pinnacles were rebuilt vertically, having either become dangerous or perhaps one had fallen as a result of leaning of the tower. Perhaps back in 1790 Wragby and Pisa were candidates for twinning! 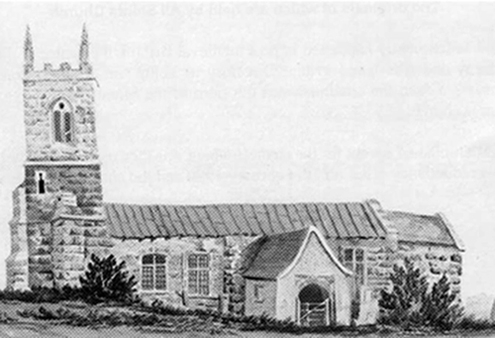 The drawing was made by John Claude Nattes, 1765-1839, who lived in London and exhibited regularly at The Royal Academy. He was commissioned by  Sir Joseph Banks, in 1789, to record the buildings of Lincolnshire. This resulted in more than 700 drawings and watercolours, made between 1789 and 1797 of which, it seems likely, this is one.