We have a team of Hand Bell Ringers that meets most Wednesdays at 10:30am at Wragby Church. If you have ever wanted to have a go at Hand Bell Ringing just come and have a go. 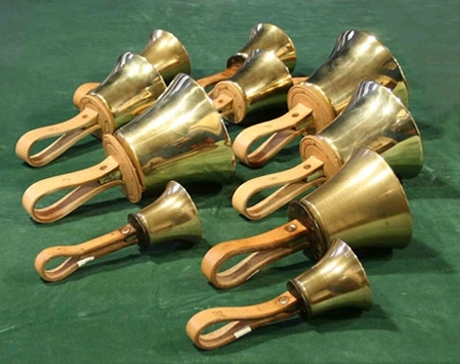 Some of these bells are over 200 years old. They were found relatively recently in the belfry where they had lain untouched for nearly 100 years. Having found them they were refurbished and are now rung regularly. The Handbell team are in great demand and have a full calendar of events planned. They can be seen here in the photograph when they were recently playing in the Chapter House in Lincoln cathedral. 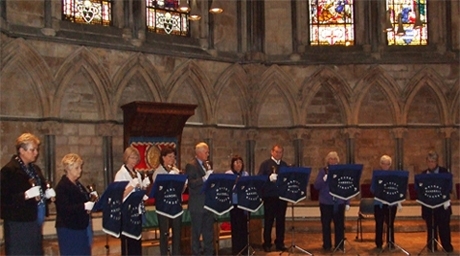 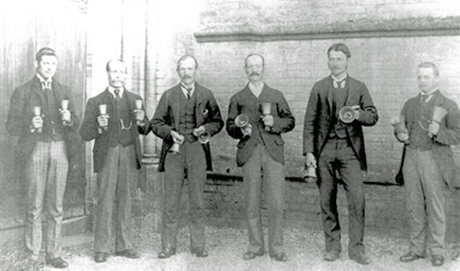 Above is the Handbell team in 1909 in a photograph taken just outside the porch. From left to right the ringers are: George Cottingham, George Sharp, Billy Whittley, Fred Whittley, William Major, John Chapman.