Birthplace of Stephen Langton, principle architect of the Magna Carta. 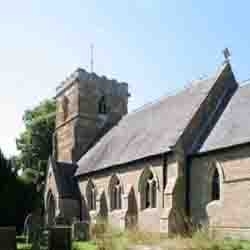 A church is likely to have stood on the site since medieval times; the first recorded incumbent dating from 1215.

The present church is a mixture of Victorian and Medieval styles. The oldest part is the impressive perpendicular tower, probably dating from the mid 14th century. The remainder of the church was erected in 1866 replacing a church constructed in 1766.

The stained glass East window depicts the birth, death and resurrection of Christ.

A second stained glass widow depicts Stephen Langton, Archbishop of Canterbury (1207 - 1228) who was a central figure in the drafting and signing of Magna Carta in 1215.Two carved crowned heads are incorporated into the capitals of the chancel arch. 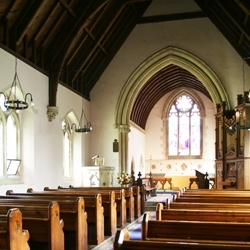 At the rear of the altar are four roundels depicting the symbols of the four evangelists.

It is reputed that two of the tombs in the churchyard are those of Crusaders.