The first of our celebrations to commemorate 800th anniversary of Magna Carta and Stephen Langton's involvement has now taken place. The evening of 7 April was a wonderful occasion when Evensong, using the 1549 rite, was sung by the Lincoln Cathedral Consort, leader Hilary Punnett, cantor Nicholas Bennett and organist Colin Walsh. The service was conducted by Revd Ann Mazur and the address given by David Carpenter, Professor of Medieval History, King's College, London.

The occasion was marked by Dr David Crook on behalf of the Lincoln Record Society presenting to the Churchwardens copy of the Harleian Charter, held in the collection of the British Library.

This Charter proves conclusively that Stephen Langton, Archbishop of Canterbury from 1207 until his death in 1228 and one of the architects of Magna Carta, took his name from the village of Langton by Wragby and strongly suggests that the moated site on which the Manor House now stands was his birth place.

The photograph of the presentaion was taken by John Edwards 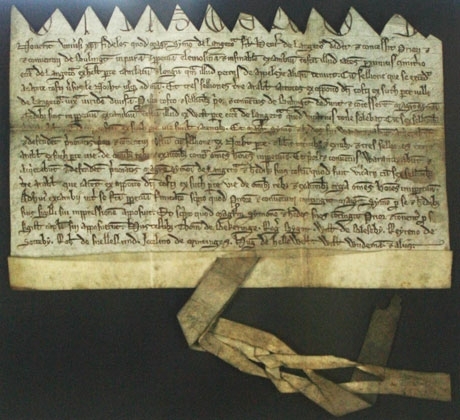 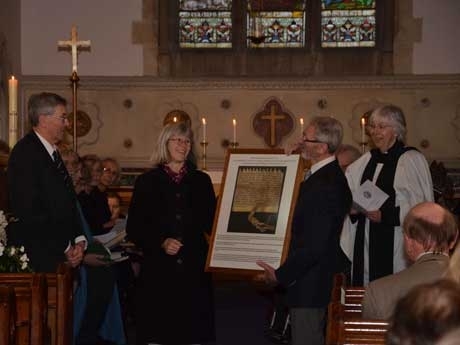